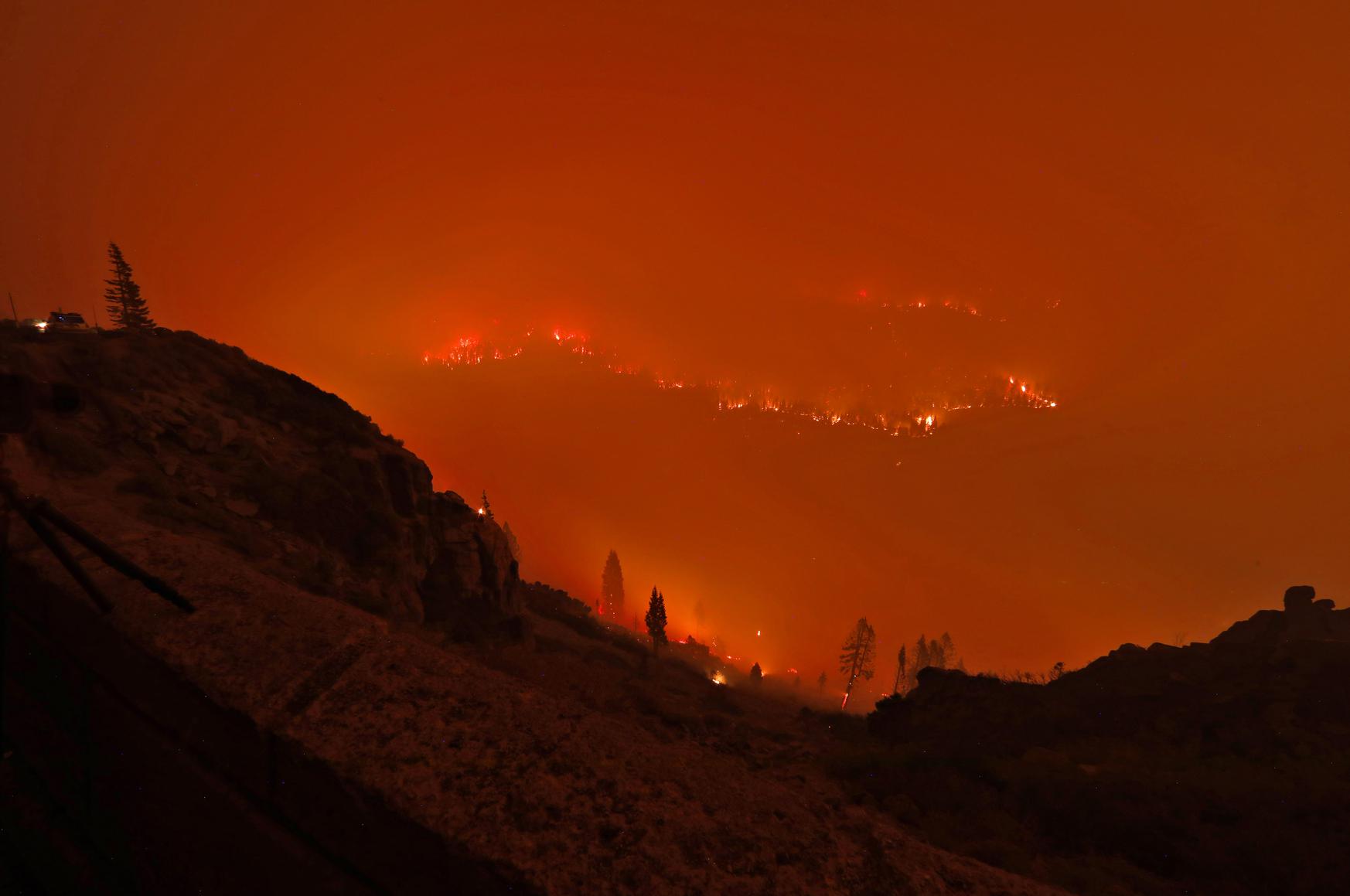 From what we saw in 2021, there is no doubt that California wildfires will increase in frequency and intensity as climate change changes the ecosystem. The state’s forests are burning at an alarming rate, causing environmental disasters and putting human lives at risk.

As wildfire rages through the wilderness-city interface, it consumes almost anything and everything in its path, including houses and cars. Microplastics and metals are skyrocketing, as are soot and other pollutants that can get into our lungs and cause permanent damage.

Scientists are only just beginning to understand the threat to humans and animals posed by this forest fire smoke. A study in New Mexico found that mice exposed to smoke for extended periods of time from wildfire 600 miles away showed signs of age-related chemical changes in their brain tissue.

And there is another potential hazard that has largely been neglected in forest fire smoke – radiation.

In April 2020, the forest around the disaster site of the Chernobyl nuclear power plant in Ukraine ignited into wildfire. More than 115,000 acres burned in 10 days, and the smoke, along with the radiation, traveled 1,000 miles to countries as far as Norway.

The Chernobyl nuclear power plant exploded in 1986 and most of the radiation released was trapped in the thick forests around the reactor. Many of the heavier radioactive isotopes left behind in the disaster have properties similar to potassium and calcium – elements essential for cell growth – and this made their uptake easier in the forests.

A study by the Ukrainian radiologist Vasyl Yoschenko on the behavior of radioisotopes in forest fires in 2003 found that huge amounts of isotopes are released by “bursts of smoke and heat”. He added: “In just an hour, the firefighters could have been exposed to more than three times the annual radiation exposure for the Chernobyl nuclear workers.”

While the risk that California could be similarly affected may be small, the possibility of climate change changing our world in 2022 and beyond adds another kink.

After learning about the Chernobyl fires this summer, I became curious about the possible effects of radiation from forest fires on our populations. As part of my internship at DoseNet, a UC Berkeley science initiative for high school students, I began an investigation using data from the program’s global network of radiation sensors.

The United States did not experience a Chernobyl level nuclear disaster, but there could be other sources of radiation that could have been absorbed by the west coast forests.

During the Cold War, the US tested more than 1,000 atomic bombs that released radioisotopes into the atmosphere, and there are also naturally occurring isotopes such as potassium-40, carbon-14, and uranium-238.

In 1959, a partial nuclear reactor meltdown occurred at the Santa Susana Field Laboratory in Ventura County. The spill, swept under the carpet for decades, may have released 240 times more radiation than the Three Mile Island accident in 1979. Former Santa Susana workers and residents filed numerous lawsuits over the accident, and the site is still being cleaned high.

And California still has one nuclear power plant in operation, Diablo Canyon in San Luis Obispo County, though it is slated to shut down in the next decade.

So it is not inconceivable that there are more accidental radiation releases or more past events waiting to be revealed.

I began my research by averaging the hourly radiation numbers and air particle data for specific time frames in major fires and observing a common pattern. In times of unhealthy air quality, radiation exposure increased. These radiation figures increased even further as the air quality deteriorated, which suggests that the smoke from forest fires contained radioactive material.

Fortunately, my observations showed that radiation levels in California during these fires were in the range of naturally occurring background levels. However, the long-term health effects of radiation from forest fires is an open question.

Humans are exposed to ultraviolet rays from sunlight on a daily basis, which we know can damage our skin.

The radioactive gamma rays released by smoke particles are much stronger than the rays of the sun, and in sufficiently high doses, gamma rays can cause cancer, according to the American Cancer Society.

Although the long-term dangers of forest fires from gamma-ray exposure are still unknown, our state and forests are known to be burning at an unprecedented rate due to climate change. This will only get worse in the years to come.

Although forest fire radiation levels now seem safe, why risk them? Let’s do what we can to mitigate climate change, save the environment, and avoid adding radioactive isotopes from wildfire to our list of apocalyptic concerns.

Ethan Fang is a senior at Castro Valley High School with an interest in data science and computational medicine.