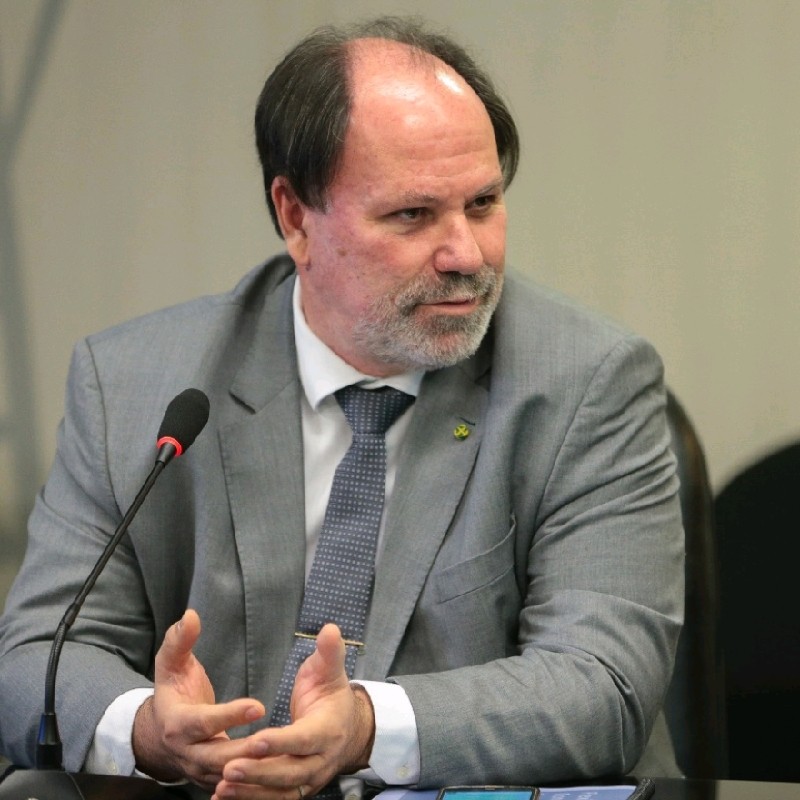 Brazil is going through a new cycle of investments in nuclear energy.

Among the drivers are, besides construction of the Angra 3 plant, projects to extend the useful lives of Angra 1 and 2 and the development of uranium reserves and production capacity.

In this interview, the president of the Brazilian Association for the Development of the Nuclear Industry (Abdan), Celso Cunha, talks about the outlook for the sector.

BNamericas: Besides Angra 3, what are the perspectives for the expansion of nuclear energy in Brazil in the short, medium and long term?

Cunha: We’re now seeing the extension of the life of Angra 1, and we’ll also go through this process at Angra 2. So, with these cases alone, we’re already starting to have demand for immediate services.

Still in terms of generation, the 10-year energy plan 2031 [of federal energy research company EPE] indicated the construction of another 1GW of nuclear power in the southeast region.

The national energy plan [PNE] 2050 indicates 8GW to 10GW of new plants by then.

Editor’s note: The construction of new plants already foreseen in the PNE 2050 may require investments of between US$56bn and US$70bn.

Meanwhile, we have the Santa Quitéria uranium mine, which is being developed in Ceará state and has the clear objective of supplying Angra 1, 2 and 3 with fuel. Brazil, today, despite dominating the entire fuel cycle and having production capacity through INB, still does not produce on a sufficient scale for this. Therefore, the activation of this second mine will demand a huge investment and will require the expansion of the INB plant to supply the three plants and also the fourth unit.

BNamericas: Can geopolitical turbulence and increased global energy insecurity, coupled with the decarbonization goals assumed by governments and companies, lead Brazil to invest more in nuclear energy in the future?

Cunha: Absolutely. The whole world is investing. COP 26 [United Nations Conference on Climate Change held in Glasgow in 2021] made a clear sign in this sense. The investment funds aimed at green projects, which is the case of nuclear power, have their own financing lines. Several countries have launched bold programs: China with 150 reactors in 15 years, France, 14 reactors, England, with a production line of small modular reactors, the US reactivating its nuclear industry focused on small reactors and hydrogen production from this equipment.

And Brazil will not remain indifferent to this. We have an extremely clean and renewable electricity matrix, but to continue growing, we need to insert variable sources, such as solar and wind, as well as base sources, which is the case of hydroelectric power. But the latter has a high risk because of the reservoirs, where water levels have suffered a lot in the last few years. And the other forms of energy generation, such as oil, coal and gas, produce a lot of carbon. Given this scenario, investing in nuclear energy is the right thing to do, and it’s the moment to leverage these projects.

BNamericas: How can the partnership between ENBPar and Rosatom contribute, in practice, to the development of nuclear energy in Brazil?

Cunha: This partnership is similar to others already signed by [state company] Electronuclear with companies such as US-based Westinghouse, French company EDF, and China’s CNNC. In other words, it’s a partnership that aims to enable discussions and to have access to information for investment decision-making, the type of equipment that the company produces and whether it satisfies us and is interesting for us. I believe that every partnership is very welcome, we don’t have to discriminate against any of them.

BNamericas: Which Brazilian regions are most suitable for the installation of new nuclear plants?

Cunha: Brazil did an extensive study in 2010 by Coppe-UFRJ, which identified more than 100 sites, 10 of which are highly interesting. But I’d say that the priority should be to install the plants as close as possible to the big load centers, which are in the southeast region. Then one can expand to other parts of the country, for example near places where there is intermittency, with a lot of wind and/or solar generation, such as the northeast region. Our problem is not a lack of options, but to decide as quickly as possible and get the projects moving.

BNamericas: Are the safety and environmental impacts of nuclear generation a thing of the past, given the development of technology after incidents such as Three Mile Island, Chernobyl and Fukushima? Or is a lot of pressure from society and environmentalists against the installation of new plants in the country still to be expected?

Cunha: We need to be clear with the population. This technology has evolved a lot in the last few years, and incidents like the previous ones are unlikely to happen again, since the plants are being upgraded, modernized, and the new plants already come with all these conditions.

The nuclear source is one of the most supervised and controlled in the world. Today, it’s already noticeable that environmentalists have understood that, without nuclear energy, there’s no decarbonization. In Brazil, we ourselves, from Abdan, have already had conversations with the Green Party and environmental movements, which have also understood this.

Each source has positive and negative attributes, and I believe that ours will advance a lot now.