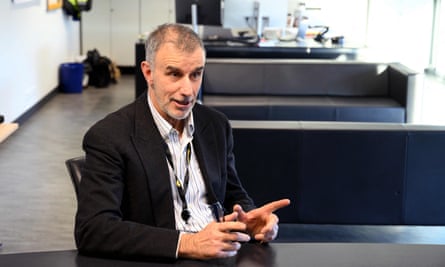 An international project in nuclear fusion may face years of delays, its boss has said, weeks after scientists in the United States announced a breakthrough in their own quest for the coveted goal.

The International Thermonuclear Experimental Reactor (Iter) project seeks to prove the feasibility of fusion as a large-scale and carbon-free source of energy.

Installed at a site in southern France, the decades-old initiative has a long history of technical challenges and cost overruns.

Fusion entails forcing together the nuclei of light atomic elements in a super-heated plasma, held by powerful magnetic forces in a donut-shaped chamber called a tokamak.

What is nuclear fusion and how will it work in the Iter project?

The International Thermonuclear Experimental Reactor (Iter) aims to replicate the workings of our solar system’s chief source of energy: the sun.

Nuclear fusion reactions taking place billions of times a second at the sun’s core generate enough energy to power the Earth many times over, and within the last century the secrets governing such power have been uncovered by physicists.

What physicists have been unable to do so far, is to replicate the extreme conditions needed for the reactions to take place, in such a way that their energy could be harnessed usefully on Earth.

Doing so requires absolute control over conditions including: a structure that can contain the reactions – in the case of Iter, a donut-shaped vessel that can divert the volatile reactions away from the metal casing; superconducting magnets to draw the plasma into the areas required; temperatures in the millions of degrees; and a method of generating usable electricity from the raw energy unleashed.

The scientists involved say they are now halfway through creating the structure required, and should be able to provide proof that their methods work by the end of 2025.

Thank you for your feedback.

The idea is that fusing the particles together from isotopes of hydrogen – which can be extracted from seawater – will create a safer and almost inexhaustible form of energy compared with splitting atoms from uranium or plutonium.

Iter’s previously stated goal was to create the plasma by 2025.

But that deadline will have to be postponed, Pietro Barabaschi – who in September became the project’s director general – told Agence France-Presse during a visit to the facility.

The date “wasn’t realistic in the first place”, even before two major problems surfaced, Barabaschi said.

One problem, he said, was wrong sizes for the joints of blocks to be welded together for the installation’s 19 meters by 11 meters (62ft by 36ft) chamber.

The second was traces of corrosion in a thermal shield designed to protect the outside world from the enormous heat created during nuclear fusion.

Fixing the problems “is not a question of weeks, but months, even years”, Barabaschi said.

A new timetable is to be worked out by the end of this year, he said, including some modification to contain the expected cost overrun, and to meet the French nuclear safety agency’s security requirements.

Barabaschi said he hoped Iter would be able to make up for the delays as it prepares to enter the full phase, scheduled for 2035.

On 13 December, US researchers working separately from Iter announced an important technical breakthrough.

Scientists at the Lawrence Livermore National Laboratory in California said they had used the world’s largest laser to create, for the first time, a fusion reaction generating more energy than it took to produce.

“Some competition is healthy in any environment,” Barabaschi said about the success.

“If tomorrow someone found another breakthrough that would make my work redundant, I would be very happy,” he added.

It was set in motion after a 1985 summit between the then US president, Ronald Reagan, and the Soviet leader at the time, Mikhail Gorbachev.

Its seven partners are China, the European Union, India, Japan, South Korea, Russia and the US.

Russia still participates in Iter despite its invasion of Ukraine. In November it dispatched one of six giant magnets needed for the top part of the tokamak.