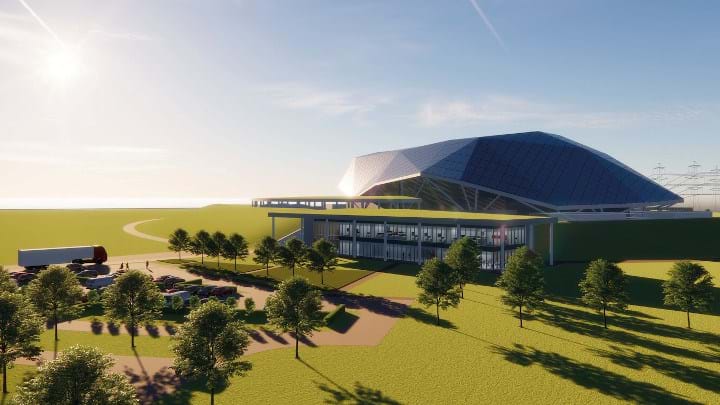 Artist’s impression of the SMR. from Rolls-Royce

ROLLS-ROYCE is advancing its plans to develop Small Modular Nuclear Reactors (SMRs) and has launched a new company that has received £ 400 million ($ 538 million) in funding.

The new company is called Rolls-Royce SMR and is funded by £ 195 million from investors including its parent company BNF Resources and Exelon Generation. The UK Government is providing £ 210m through UK Research & Innovation, building on the £ 18m invested in the first phase of the project. Rolls-Royce SMR will submit its reactor design for regulatory approval as part of the so-called generic design assessment and begin identifying locations for factories to manufacture its modular reactors.

Its reactor design is based on the established third generation pressurized water reactor technology, but at 470 MW it will be significantly smaller than conventional large nuclear power plants. The modular construction of reactors has the advantage that the sub-assemblies can be manufactured, tested and certified under factory conditions and protected from the effects of the weather. They can then be delivered to the construction site for the final construction phase. This shift to factory production should increase consistency and reduce project overruns and cost increases that have made conventional large nuclear projects persistent. Modular reactors should also enable decentralized power supply, with the reactors being placed near the location where they are needed – for example in an industrial complex – and the number of modules being selected as required. A single SMR station would be about a tenth the size of a conventional system and provide enough power for a million households.

Warren East, Rolls-Royce CEO, said, “With Rolls-Royce SMR technology, we have developed a clean energy solution that provides affordable and scalable net-zero power for a variety of applications from utility and industrial power generation to Hydrogen and synthetic fuels can provide manufacturing. “

The company estimates the first units could go live in the early 2030s and 40,000 jobs will be created by 2050. She estimates the UK supply chain could meet 80% of its needs. Rolls-Royce said much of its investments will be in the north of the UK, where there is already considerable nuclear expertise.

Economy and Energy Secretary Kwasi Kwarteng said: “Not only can we maximize UK content, create new intellectual property and reinvigorate supply chains, but we can also position our country as a world leader in innovative nuclear technologies that we can potentially export elsewhere. Using British engineering and ingenuity, we can redouble our plan to bring more domestic, affordable clean energy to this country. ”

The University of Sheffield’s Nuclear Advanced Manufacturing Research Center (AMRC) will partner with Rolls-Royce to develop a fully integrated preproduction test facility for SMR manufacturing. Large-scale prototypes of the reactor pressure vessel and its closure head are produced in the test facility.

Andrew Storer, CEO of Nuclear AMRC said: “Our job now is to apply the advanced manufacturing technologies that we have developed at Nuclear AMRC over the last decade and to ensure that as much of the SMR as possible can be manufactured in UK factories , as inexpensively as possible, while meeting all the quality and safety standards expected by nuclear customers and regulators.

WILLIAMS INDUSTRIAL SERVICES GROUP INC. Discussion and analysis of the financial and earnings situation by the management. (Form 10-Q) – marketscreener.com