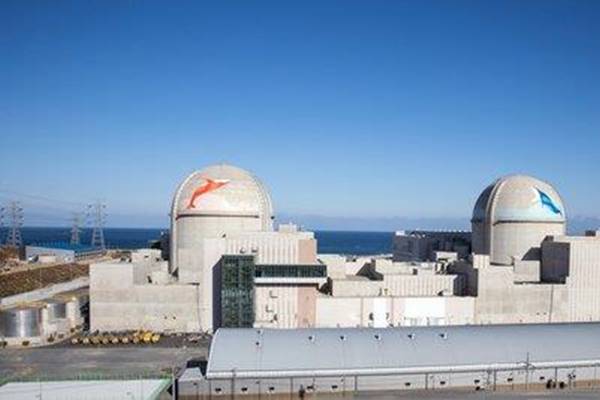 Anchor: The nation’s 27th nuclear reactor, the Shin Hanul Unit One, began full-scale operations on Wednesday. President Yoon Suk Yeol marked the milestone with a pledge to revive the nuclear power industry and turn it into a key export sector.
Tom McCarthy has more.

Report: The ministry of trade, industry and energy hosted a ceremony to celebrate the start of full-scale operations at the Shin Hanul Unit One reactor in Uljin, North Gyeongsang Province on Wednesday.

Construction was completed in 2020, ten years after the project began, and was approved for operations by the Nuclear Safety and Security Commission in July of last year.

The advanced pressurized water nuclear reactor, designated “APR-1400,” was slated to commence operations in 2017, but an earthquake in the southern part of the province mothballed the plans.

At the ceremony commemorating the launch of the nation’s 27th nuclear reactor, energy minister Lee Chang-yang read out a congratulatory address from President Yoon Suk Yeol, pleading to revive the nuclear power industry and turn it into a key export sector for the country.

The president added that 2022 is the year of a revival for the nation’s nuclear power industry and vowed to double this year’s one trillion won budget next year for the industry to foster jobs, research and development and financing.